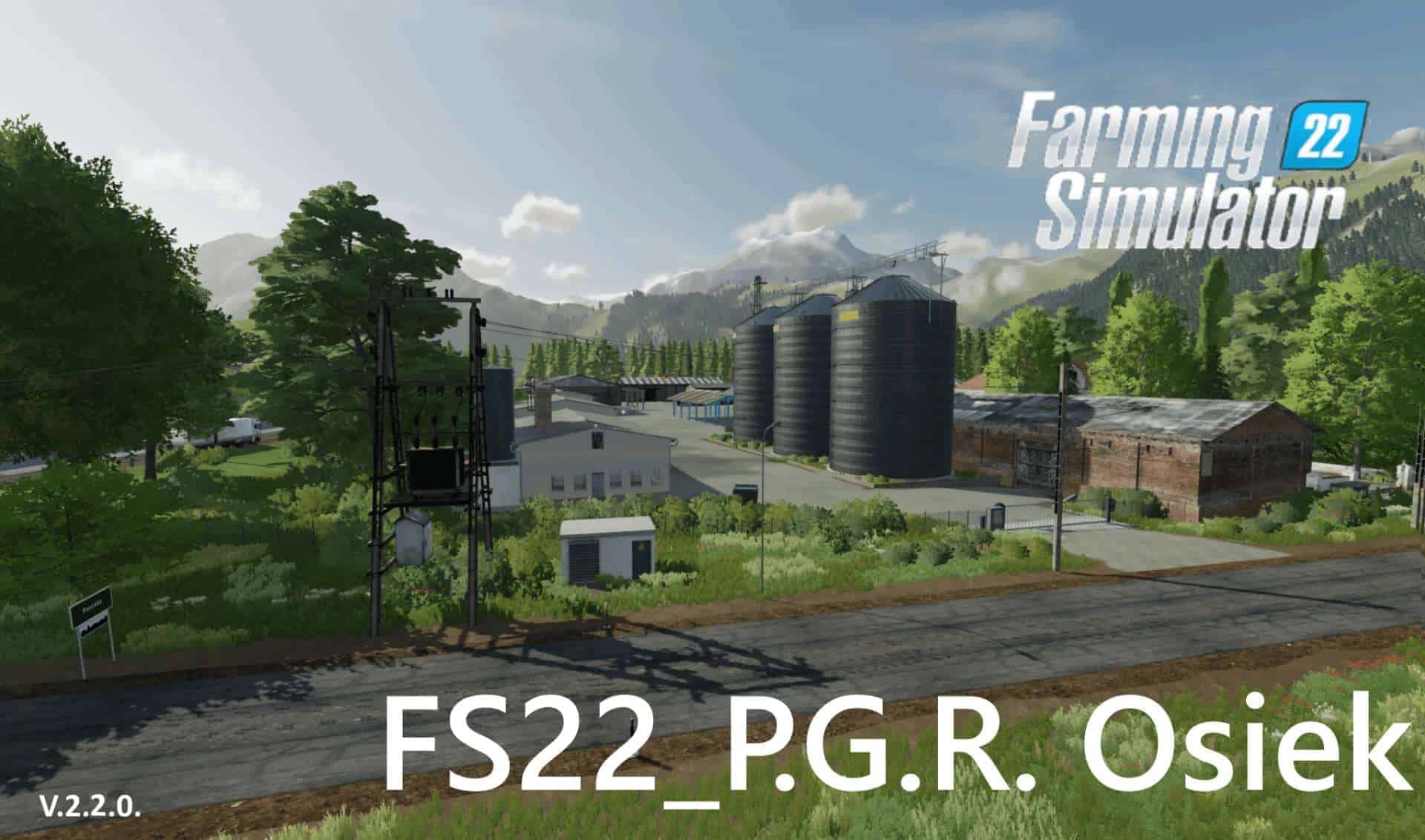 Version V.2.2.0. is the same map x4 with small changes for the needs of the created farm. Added large former state farm with breeding of sheep, cows and piglets. The package contains two required modifications.

Changes: All displayed and reported errors (error) and warnings have been fixed, now we have a clean log.
The greenhouses were abolished, but the square was left empty, where each houses four large greenhouses. Some prefer with the extension other standard (water only)
Two large industrial chicken coops have been added to the map. One for 5,000 pcs. the second chicken for 1500 chickens. They are available in the store, we also make them ourselves.
On the map, we have a large former state-owned enterprise, which is unfortunately bankrupt, and you bought it.
The map is not yet published. There may still be changes.
The bailiff bankrupted the farm, sold part of the land, but there was much left over, unfortunately he also sold all the agricultural machinery.
After the purchase of the farm, you have some money left to rebuild the machinery.
Put the farm on the straight path to riches.
Go to your office in P.G.R. and look around, make your first purchases and start with the harvest, which is already done, time is pressing good luck.

For the start we receive:
– an old pickup truck from 1986 and a travel bag that offers you a change of clothes and a pillow to sleep on.
-Easy level 1.399.000 cash plus a large farm and farmland.
-Intermediate 4 million cash and an old pickup in 1986. That’s all.

Contains scripts:
-Animated Map Objects for the game version 1.5.0.
-More Trees, allows you to plant and put more trees
-Happy Horse, no more horses to ride
-Husbandry Limit Increaser, increases the number of stalls for animals on the map
-Collect Straw at Missions, allows you to collect straw on grain harvesting missions
-Place Anywhere, makes it easier to place objects from the game
-Refresh Contracts, updates the list of contracts
-Multiple missions, allows you to download several dozen missions (contracts) at the same time

Best regards and have fun watching and playing on the card.
Many thanks to all those who pointed out errors and required corrections.

Credits: The map maker of Yazu and all those who find something of their work on the map

If you are face difficulties which are hard to overcome, check our Farming Simulator 22 Mods database and you will probably find a solution there. There additional files are extremely popular all around the globe. That’s definitely for a reason – every single Farming Simulator 22 P.G.R. Osiek v2.2.2 Mod is unique and provides you explicit options. If you wonder how it works, you will find plenty of information in our Farming Simulator 22 Mods website – we have collected all kind of data to make the gaming easier. If you are passionate about the FS22 Mods as we are, then you are on the right site. Take a deeper look at our offered samples and pick the needed one. Then all you need to do is simply click on FS22 P.G.R. Osiek v2.2.2 Mod free Download Button and implement it to your game. This few simple steps will lift your game to the upper level – what can be better that upgrading your game personally? Break all boundaries and develop your farm easily. That could be a great boost to your farm and there are no reasons why to react negatively. Take the best that you can and don’t look back – you must be orientated to the future and new experiences. That’s the only way to stay ahead of everything. If you see it as your goals, it’s definitely now or never!