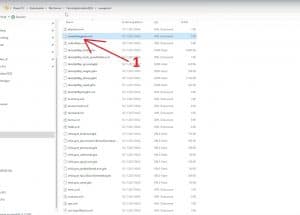 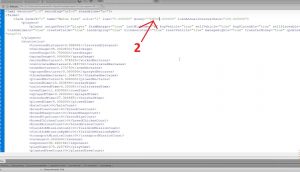 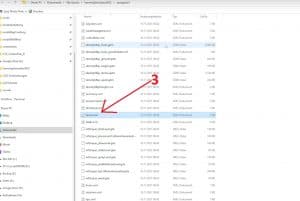 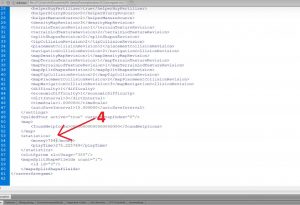 As it is evident from FS22, PC users do not require a mod to become rich in the game. They can simply edit the farms.xml file and in the script, set the amount of money as per their desire. So, for PC users already inquiring about the Farming Simulator 22 Unlimited Money Mod, they might just be able to achieve their goal by making the necessary changes to the xml file.

When it comes to Xbox and PlayStation however, the story won’t be the same. Players using these consoles will have to follow the long route. The FS22 Money Mod / FS22 Money Cheat will come in handy in such cases.

If the previous installments are any indication, PS4 and Xbox One users will first have to make sure that their consoles don’t power off until the completion of the whole task of racking up money as it can take quite some time!

The money will add up in quite a strategic way. First of all, users will have to sell the expensive equipment they own and take a loan afterwards. They could then proceed by investing in solar panels and windmills and the money will keep on increasing in due time. Purchasing solar collectors and windmills can collectively take over one quarter of a day.

Whether the Farming Simulator 22 Money Cheat will be the same as FS22 Money Cheat or not will be revealed in the coming months. However, the strategic and engaging approach discussed above is too detailed to just go away. Keep on following us to receive all the FS22 updates as we approach its release.

Do you need more help how to add money to Farming Simulator 22?

How about getting all kind of equipment and machinery in FS22 Money Cheat that you have only dreamed about? Everything can be possible when you know the right steps to take. Take a look at our brief guide and learn new things about your favorite game – it will be really profitable, we guarantee!

Before we begin
If you have decided to go for our suggested way of generating money, keep in mind that you need to make sure that there are no interruptions when you leave the game on while you are away – it’s necessary to make your pockets full. The best option is to use controller with a wire, such as Hori Pad Pro, or keeping wireless one plugged to get the best results.

You’ll also need to make sure your console or PC doesn’t automatically power off while idling. On Xbox One:

If you are wondering, when this strategy can be used, we can assure you that it doesn’t matter, it’s and existing game or a new one and its difficulty. For the first step we will begin with the map of Goldcrest Valley. You are free to choose, whether to have DLC running but we suggest to shut it off at the start.

Selling starting equipment
The main task for us is to develop the pattern where cash can be generated itself and is added to the game while the it is in the resting mode. One of the current improvements is to solve the problem with some of the FS22 Money Mod equipment which keeps their costs.

After starting your new save:

Keep in mind that it’s not profitable to give away your machinery because it gets only 23% of the real value. However, we have a solution for you – get everything back in only few days.

Borrowing more money
It’s important to have some decent amount on your account before you start generating cash, therefore it is necessary to take a loan which will be returned once you are rich enough.

After securing a decent amount of money, we will need to start investing some in solar collectors. You will be able to get 110/h without any supervision or maintenance cost. It was more profitable in Farming Simulator 15 – 380/hour – but it’s still useful for our goal.

When you have solar panels running, you are ready to quicken your cash flow.

Speeding up to 120s means that half of the minute in real world becomes one hour of the game. Respectively, two hours of the game runs in 1 minute. Even if we deduct the maintenance expenses, solar panel earns 298 per minute and two of them – 596 per minute. This means that you can earn up to 35760 per actual hour.

If you wonder what is the aim, we can tell you that firstly you need to afford having 8 solar collectors to be financially ready for the more expensive machinery. All that is need to be done, is keeping the game running until there is enough money for the next collector. You can improve you Achievement simultaneously but not necessarily. You should definitely use the night time for running the game. P.S. save it constantly! Farming Simulator 22 Cheats

Here’s how long it will take to earn 125,000 money as you buy more collectors:

Looking forward to our strategy, the next goal is to get a windmill – wind energy generator which costs 1 200 000. These will add to your account 1 500 – less than 4 000 in Farming Simulator 22. Taking into account daily maintenance, wind power collectors will produce 2 996 every minute – 179 760 per real hour. Combined with solar collectors it will make 322 800 hourly.

To collect 1 200 000 for the windmill, you will need to run 8 solar panels for 8 hours and 24 min. For this reason, you should consider leaving the game on during night time – it will save you much time. Additionally, you will attain ‘In for the Long Haul’ and ‘Peak Profits’ Achievements.

Everyone can decide on how many wind energy converters is enough. In our case, we believe that it’s worth to have plenty so that the considerable amount of money would keep generating after quitting the increased speed mode.

You will notice that when you have a considerable amount of wind energy collectors, the time for getting and extra million is shorter. Once you are done, come back to the normal speed and begin your game with new capacity to get all kinds of most expensive machinery. The last thing is to give the loan back and becoming financial independent again!