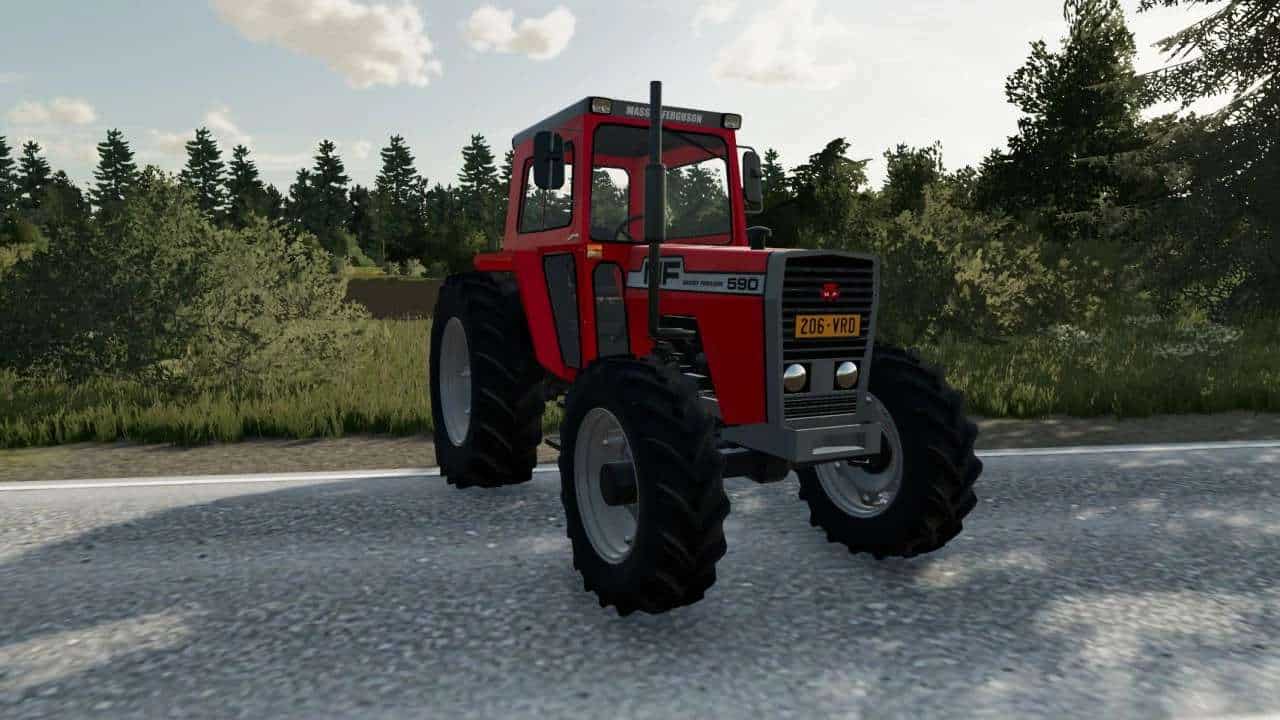 The most significant overhaul of the 500 Series, introduced in the spring of 1976, was factory-fitted, almost flat-floor cab. In Finland, these models was introduced only in early 1977, when equipped with a sunroof and others
A model that meets Finnish safety requirements was put into production. To Finland these models were mostly imported from England, but 590 were imported partly from France e.g. Because of the long strikes in England.

The basic technology was almost the same as in the 100 series. The fuel tank had been moved from the engine under the cab. The gearboxes were even more familiar, and lifting forces were still modest. Instead, the return on hydraulics was great for models with a high-power pump. The control was hydrostatic.
The power take-off had the option of a speed of 1000 rpm by changing the shaft and the power take-off clutch was hydraulic. The wheelbase of the tractors was the same as in previous 148/168/18 models. The cab was in most countries until Until 1979, 1-door, but in Finland the regulations require another door.

The smallest models in the series were the 3-cylinder 550’s and the old 165’s
Equipped with a 3.3-liter engine 560 (56 hp). Finnish import models were 565, 575 and 590. In addition, in Finland the importer installed with varying degrees successfully turbocharged the 9090 engine to produce 90 hp. Different turbocharged versions from manufacturers were also marketed in many other countries through the official sales network, although MF itself does not such a version wanted to do. Cooperation between MF and Ursus in the start-up phase, 3-cylinder models 535 were also made for Poland and 555, as 235 and 255 entering production in Poland were not yet available ready.

If you are face difficulties which are hard to overcome, check our Farming Simulator 22 Mods database and you will probably find a solution there. There additional files are extremely popular all around the globe. That’s definitely for a reason – every single Farming Simulator 22 Massey Ferguson 590 v1.0.0.4 Mod is unique and provides you explicit options. If you wonder how it works, you will find plenty of information in our Farming Simulator 22 Mods website – we have collected all kind of data to make the gaming easier. If you are passionate about the FS22 Mods as we are, then you are on the right site. Take a deeper look at our offered samples and pick the needed one. Then all you need to do is simply click on FS22 Massey Ferguson 590 v1.0.0.4 Mod free Download Button and implement it to your game. This few simple steps will lift your game to the upper level – what can be better that upgrading your game personally? Break all boundaries and develop your farm easily. That could be a great boost to your farm and there are no reasons why to react negatively. Take the best that you can and don’t look back – you must be orientated to the future and new experiences. That’s the only way to stay ahead of everything. If you see it as your goals, it’s definitely now or never!