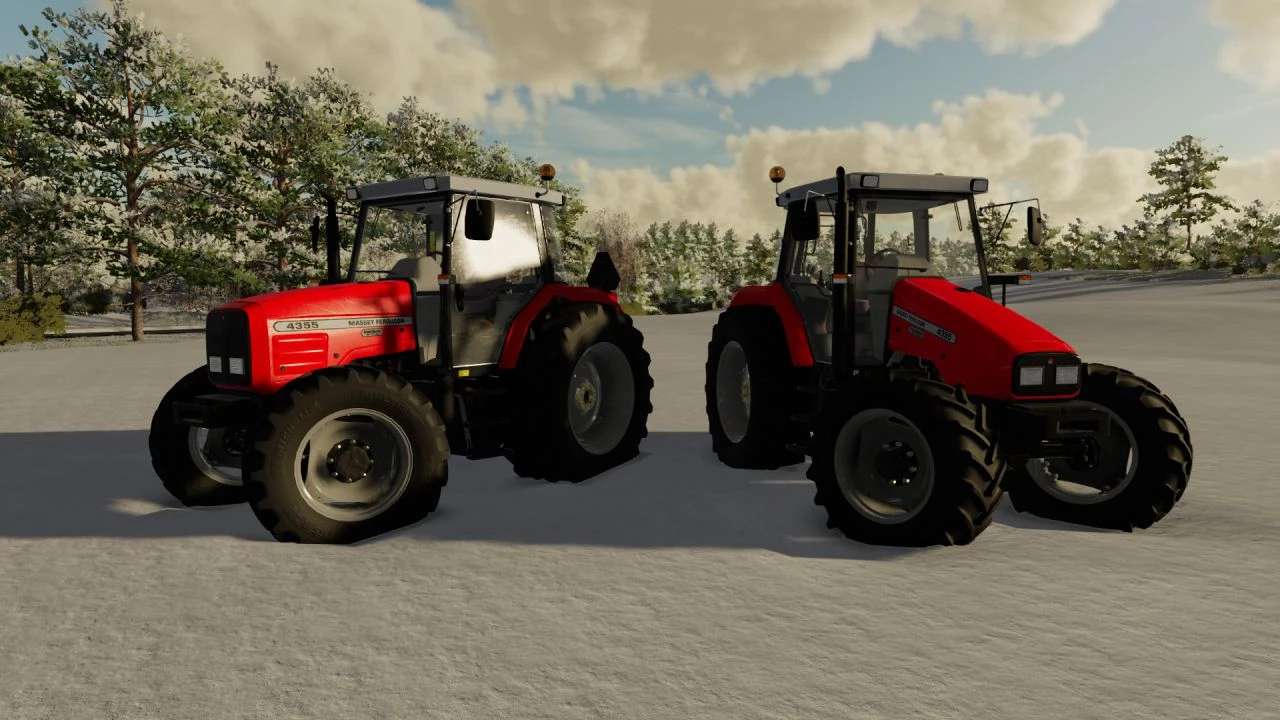 The models of the renewed 4300 series in autumn 2001 corresponded to the previous ones 4200 series models. In the big models, the most significant change was the 4370 supercharger, thanks to which the torque increased. Also the torque characteristics of the 4355 had developed. The controls and upholstery in the cockpit had been renewed and the noise level had decreased slightly. The exhaust pipe was now on the pillar.

In 2002, the 4365 was introduced with an intercooled quad turbo (106 hv). In other respects, it fully corresponded to 4355 and it replaced 4360 from the collection at the same time when MF’s representation was transferred to Kesko in the summer
2002.

MF production in England ended at the end of 2002. No inheritance never made in France, but stocks made in England were used during 2003 to the end and after that the 4300 series was replaced With the 5400 series.

If you are face difficulties which are hard to overcome, check our Farming Simulator 22 Mods database and you will probably find a solution there. There additional files are extremely popular all around the globe. That’s definitely for a reason – every single Farming Simulator 22 Massey Ferguson 4300 series v1.1 Mod is unique and provides you explicit options. If you wonder how it works, you will find plenty of information in our Farming Simulator 22 Mods website – we have collected all kind of data to make the gaming easier. If you are passionate about the FS22 Mods as we are, then you are on the right site. Take a deeper look at our offered samples and pick the needed one. Then all you need to do is simply click on FS22 Massey Ferguson 4300 series v1.1 Mod free Download Button and implement it to your game. This few simple steps will lift your game to the upper level – what can be better that upgrading your game personally? Break all boundaries and develop your farm easily. That could be a great boost to your farm and there are no reasons why to react negatively. Take the best that you can and don’t look back – you must be orientated to the future and new experiences. That’s the only way to stay ahead of everything. If you see it as your goals, it’s definitely now or never!