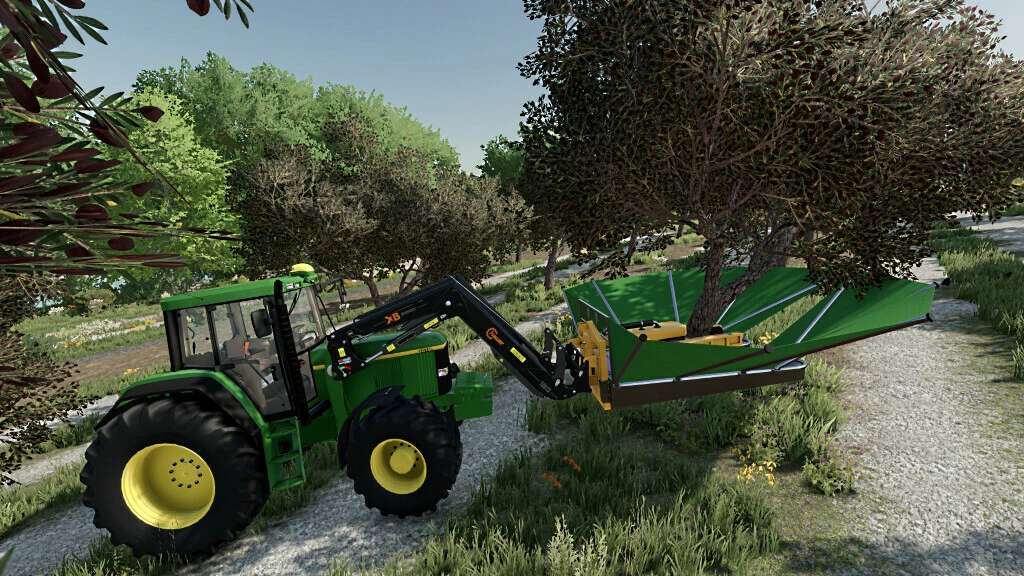 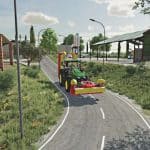 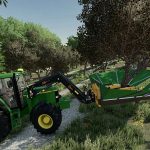 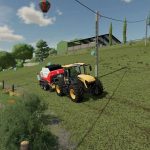 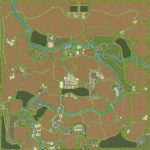 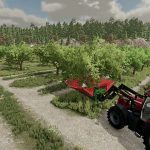 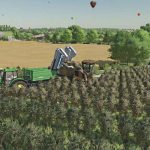 Changelog: 1.0.9.5
– Some duplicate files that caused duplicate plantations to appear in the Almond and Pistachio fields were eliminated.
– Fixed error in one of the triggers in Greenhouses of the North.
– Some misplaced trees were relocated.
– 2 new crops were added: Chickpeas and Lentils.
– Copper consumption per hectare was increased.
– Floating objects repositioned.
– Increased the turning radius in the Braud 9090X Almond Pro and Braud 9090X Olive Pro harvesters.
– Factories will no longer appear in the price list.
– Contracts whose products had to be delivered to factories will no longer appear.

Here you can relax among the more than 60 irregular fields of all kinds of sizes. Among its more than 100 uneven terrains
You will find lots of olive and almond trees and a multitude of factories installed on the map, which will offer you the possibility of producing more than 25 new products registered on this map. In addition, it contains an enclosure prepared for Competitive Tests, which you can do alone or with your friends. You will have at your disposal 3 Ways to play on this map, choose the one that best suits your way of playing.

Changelog: 1.0.5.0
– Requires New Game to be able to enjoy all the changes.
– Full translation in French, Italian and Brazilian.
– New Types of Filling added: Pistachios, Red Lettuce, New Holland Refills, Hydraulic Oil, and Copper Sulfate.
– New fruit trees added: Almond and Pistachio trees.
– New Holland spare parts: Increases the production of Almonds, Olives, and Pistachios in Intensive cultivation. Use on New Holland Braund 9090X Almond Pro and Olive Pro.
– Hydraulic Oil: Increases the production of Almonds, Olives, and Pistachios in traditional cultivation. Use in Umbrella Collector of Almonds, Olives, and Pistachios.
– Copper Sulfate: Valid for fertilizing Almond, Olive, and Pistachio trees.
– Edited New Holland Braund 9090X for the use of New Holland Parts.
– Hardi Mercuri 4000L was published for the use of Copper Sulfate in Olive, Almond, and Pistachio trees, both for intensive and for traditional Olive and Almond trees.
– New Machinery was added and edited to perform new functions on the map.
– Added Placeable Almond and Pistachio Trees to harvest with Umbrellas.
– Fields 26 and 49 were edited and next to them will appear 2 new fields that will include Almond and Pistachio trees already placed. (Requires New Game)
– Now, the doors of the pre-installed factories on the map will appear open at the beginning of the game, in order to avoid the “bug” of collisions.
– Some terrain fixes at various points on the map.
– Fixed food trigger in the chicken coop.
– Several modifications in information posters.
– Flying objects reported by the community have been put back in place.
– Increased the emptying speed of the Mineral pallet needed to make animal food. (Protein)
– The limitation on the production of pallets in the Flour, Sugar, Packaged, etc. was eliminated.
– Increased capacity in the Straw, Grass, Hay, Silage, Chips, Potatoes, and Sugar Beet warehouses.
– Underground Silos placed on the farm can now be sold.
– Added the option to purchase Narrow Wheels and Dual Narrow Wheels to the McCornick X8.
– Traffic speed was reduced.
– Now you can buy all the land on the map.
– Added new textures for Landscaping mode.
– Added more than 250 AI Splines to improve the performance of this system on the map.
– Now you can transport Sheep’s milk with the tanks adapted for it.
– Added tank to store Sheep Milk and Cow Milk.
– The option to buy another Empty Pallet Factory was added.
– The Competitive Mode was eliminated, although the area enabled for it was not eliminated.
– New Product was added: Red Lettuce
– Added 2 Orchards already placed on the map. Melons and Red Lettuce. (Requires New Game)
– A new product for Greenhouses was added: Vegetable Seed Pallet.
– Pallet factory was added in the Standard version.
– Now you can buy greenhouses of Melons, Watermelons, and Red Lettuces.
– New Warehouse to store Pistachios.
– The capacity of the products in both Biogas was increased.
– Fixed the Spline of the Cow Barn Feeder Robot.
– Corrected the bug of the Feeder Robot, which did not feed properly when you exceeded 80 cows.
– Copper Sulfate can be stored in the liquid tank.
– Clean Olives and Olive Leaves were added to Standard Mode.
– Olive Cleaner Added in Standard Mode.
– Increased the capacity of the products in the warehouse of the Robot Feeder.
– Increased the capacity of the Mixed Ration that the Feeder Robot will supply to the cows on each trip.
– Changed starting vehicles in Pro Mode.
– Various modifications in the buildings placed on the farm at the beginning of the game in Pro Mode.
– Fixed various bugs in Shaders

The Coronella(Pro)
In addition to everything included in the Standard mode…
More than 25 factories installed on the map
Production of Empty Pallets, which will be necessary for the vast majority of factories
2 Greenhouse plots that will need manure..
More than 25 new products. Corn Oil, Melon, Watermelon, Cardboard, Smoothies, Jams, …
Guidance signs in all factories and stables installed
Edited base game machinery for new products

Long hours of work and fun await you while enjoying the beautiful landscapes on this map. La Coronella, is a place to enjoy playing.

If you are face difficulties which are hard to overcome, check our Farming Simulator 22 Mods database and you will probably find a solution there. There additional files are extremely popular all around the globe. That’s definitely for a reason – every single Farming Simulator 22 La Coronella v1.0.9.5 Mod is unique and provides you explicit options. If you wonder how it works, you will find plenty of information in our Farming Simulator 22 Mods website – we have collected all kind of data to make the gaming easier. If you are passionate about the FS22 Mods as we are, then you are on the right site. Take a deeper look at our offered samples and pick the needed one. Then all you need to do is simply click on FS22 La Coronella v1.0.9.5 Mod free Download Button and implement it to your game. This few simple steps will lift your game to the upper level – what can be better that upgrading your game personally? Break all boundaries and develop your farm easily. That could be a great boost to your farm and there are no reasons why to react negatively. Take the best that you can and don’t look back – you must be orientated to the future and new experiences. That’s the only way to stay ahead of everything. If you see it as your goals, it’s definitely now or never!